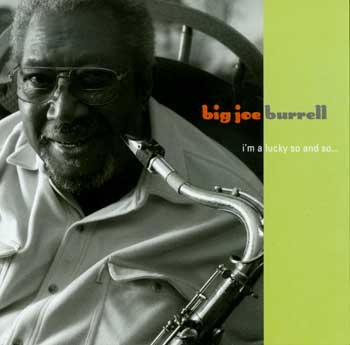 TO ORDER: Big Joe Burrell's CD "I'm A Lucky So and So" click here; or Unknown Blues Band's previous recordings, Paul Asbell's latest CDs, or Anneli Blume on "Even Kids Get The Blues", click here.

February 9 - NEWSMAKERS -" A Birthday Bash for Joe - It's been a year since Burlington lost Big Joe Burrell but he's by no means forgotten. He'll be remembered during his birthday week at his favorite musical haunt, Halvorson's Upstreet Cafe on Church Street, with a gig from 8-11pm Thursday by the band that had been known as Big Joe Burrell and Friends. According to Halvorson's manager, Dan Charland, the band will be joined by a few other notable Burlington musicians, including DAVE GRIPPO, PAUL ASBELL, and JOHN RIVERS. Burrell died last February at age 80. He would have celebrated his 82nd birthday this week." - (C) Burlington Free Press Staff, 2/8/2006

The struggle to raise funds for this example of Sharp's work has recently gained some momentum, says Toni Trombley, chair of the 10-person committee charged with bringing the vision to fruition. Nearly $30,000 is now committed. Contributors have been coming forward in larger numbers since it was made clear that this piece of public art is not being 100-percent underwritten by the public, Trombley notes.

However, the City of Burlington is the source of the single-largest gift - $5000 - so far given to the Big Joe Burrell Statue Fund. Burlington City Arts has also donated the time Katz has spent on the project in the year and a half since it was launched.

Trombley, the partner of Burrell's nephew Leon Burrell, says she's still hopeful the money will be raised in time to ensure that an unveiling takes place as planned during next June's Discover Jazz Festival. What's needed now, she says, is for "a big underwriter or two to step up, whether an individual or a corporation." ...

I'm pleased to inform you that on February 15, 2005 the City Councilors of Burlington voted to enact the suggestions in the above Letter to the Editor. The boathouse has been "symbolically" renamed the "BIG" JOE BURRELL Burlington Community Boathouse and it is anticipated that by the 2006 Burlington Discover Jazz Festival (June), a life-sized statue of "BIG" JOE will be in place either on Church Street or at the waterfront.

The Burlington City Arts has issued a "Call to Artists" to produce a public art project memorializing BIG JOE BURRELL.
Submissions due: July 15, 2005 DETAILS are here.

A very special Memorial Service was held for "BIG" JOE on May 26, 2005 in Burlington.

The 2005 Burlington Discover Jazz Festival has been dedicated to "BIG" JOE.

"...This year's festival will be dedicated to "Big" Joe Burrell, the legendary Burlington saxophone player who died Feb. 2 and who played numerous shows during each festival. Mayor Peter Clavelle said a scholarship will be created this year in Burrell's memory to help a student pursuing jazz, and a Burrell sculpture will be finished in time for the 2006 festival. "We are going to miss 'Big' Joe," Clavelle said. ..." (See - 9 Days, Nights of Jazz) 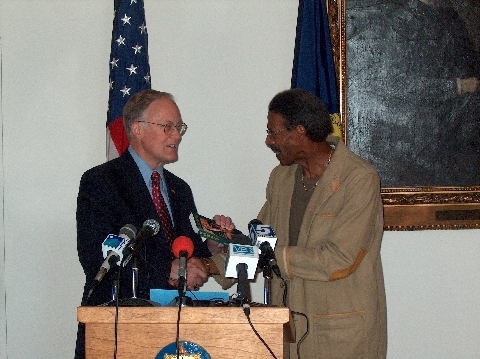 The Unknown Blues Band and Guests will be performing numerous special tributes to "BIG" JOE throughout the coming months; June 23rd with "Friends of Big Joe" (Halvorson's - Burlington),

TO ORDER: Big Joe Burrell's CD "I'm A Lucky So and So" click here; or Unknown Blues Band's previous recordings, Paul Asbell's latest CDs, or Anneli Blume on "Even Kids Get The Blues", click here.